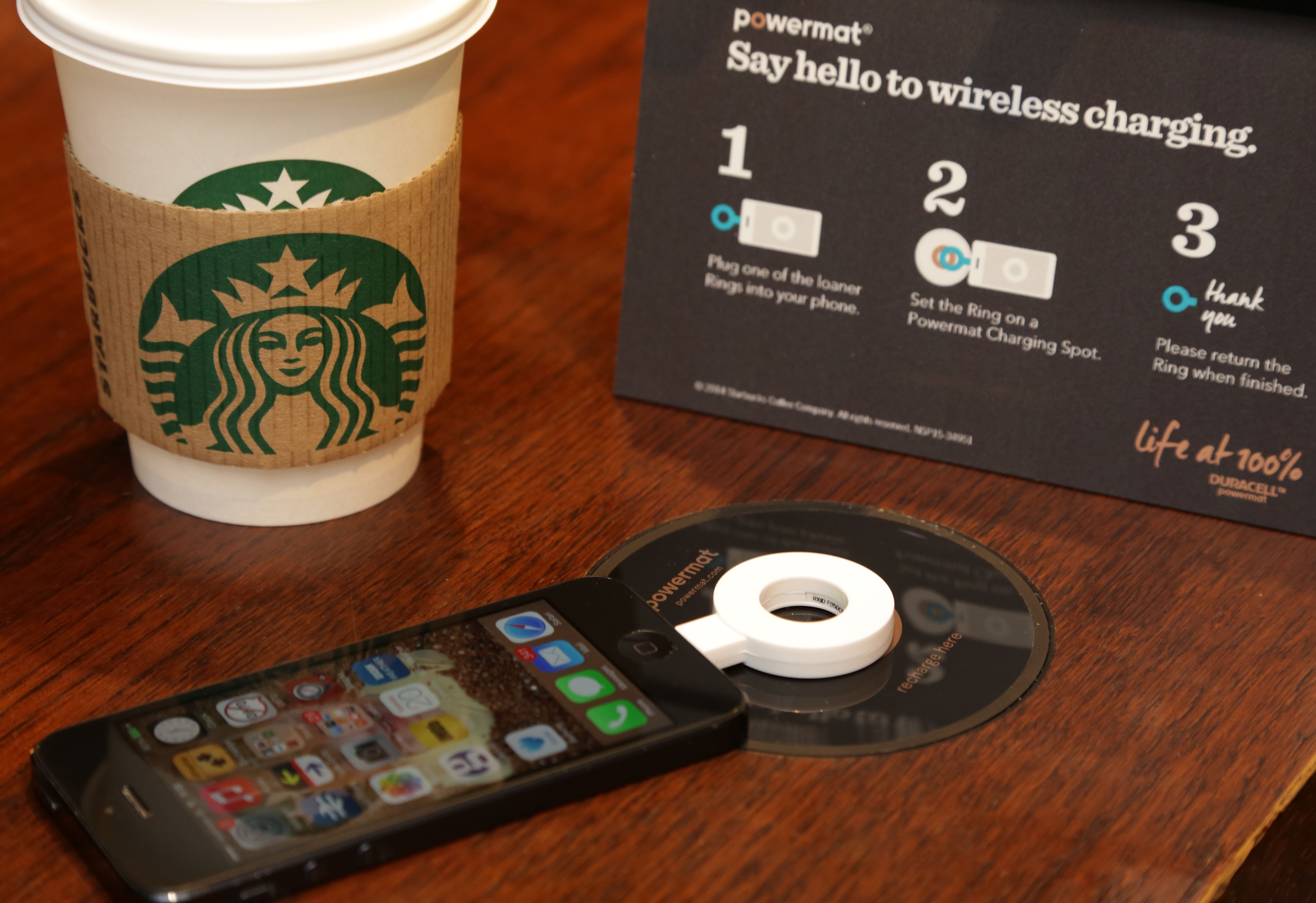 The other day, I was at Starbucks, and I noticed this thing:

Over the country, wireless chargers are starting to pop up in Starbucks, with some dongles to plug into your phones. One of my friends had a wireless charging enabled phones, and it seemed really cool when he put his phone on the mat. But it’s a bit more complicated than that.

By the way, please don’t take my opinion too seriously, as I don’t really know much about wireless charging. Especially not Powermat. I’m just speaking from the little personal experience that I have.

Overall, wireless charging seems to be advertising with:

In the end, wireless charging does mostly live up to these standards, but there are a few tradeoffs that you have to make.

At this point, it’s looking like wired charging might actually be more effective than wireless, as you can actually move around with it, as long as you’re in the range of the wire.

This is one of the major drawbacks of wireless charging, as it’s not really all that efficient. Placing your phone on a wireless charging spot probably means that you’re losing at least 20% of your electricity through the air. Most times, it’s even higher. Much of this excess energy can be passed off as heat, so you’re also making your electronics hotter while charging wirelessly.

I know that there are many other devices that run hotter and are less efficient. However, we are passing up an already very efficient power solution: wires.

There seem to be more standards than there are actual wired connectors. The fragmentation of the market is very unattractive at this point.

If you appreciate a feature that might impress your friends once in a while, than you can get a phone that supports wireless charging. For all the other people, I don’t really see why you would need it.