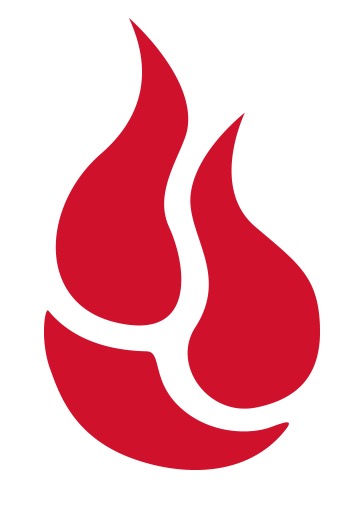 Stuff happens to your computer. Especially if you’re traveling, like that time my SSD inexplicably failed even though the SMART status looked fine.

When you’re traveling, you probably also don’t have an external backup drive with you like you should at home. This makes it especially important to have an offsite backup solution.

The 3-2-1 rule is often referred to when talking about backups. Basically, the 3-2-1 rule states that, for all important files, you must have:

Basically, these rules attempt to make sure that your files are never lost. However, the execution of the 3-2-1 rule might not be the easiest procedure to follow.

If you have an SSD and an external hard drive, the two different formats are easy – just use Time Machine or some similar software to backup your disk. If you really wanted to, you could also create a copy of your internal disk to immediately get back up and running after a drive fail.

However, the offsite copy is somewhat harder. Sure, you have the option of making a traditional backup and shipping it to a friend’s house, but that won’t be updated very often. You can also roll your own solution and host a backup drive somewhere not in your house, but that could fail suddenly, and speeds might not be the best.

That’s where Backblaze, along with many other different offsite backup solutions, are useful.

The home page for Backblaze is nice and easy to navigate. There’s a helpful button which lets you start a new trial of Backblaze. Once you make an account, the software downloads. Opening it installs a system preferences pane (if you’re on Mac) and also starts your 15 day trial.

One of the especially nice things that I think Backblaze does is automatically sign you in the first time, so you don’t have to type in your username and password even on the first install.

Afterwards, the initial backup begins, and Backblaze starts to work its magic continuously, which is nice.

Backblaze has a pretty easy to understand pricing structure. There are a few different lengths of time you can subscribe to Backblaze:

All of these prices include unlimited backup of one computer and all of the external drives attached to it. However, Backblaze does not let you back up network drives, because you could just mount other computers as network drives and back up many computers for the price of one.

Additionally, Backblaze will not back up any Time Machine drives, as they’re already backups. I’m not sure what Backblaze does to Windows/other backup program drives.

Finally, Backblaze doesn’t back up system files, as they can just be redownloaded. Sorry in advance to system modders.

In my opinion, Backblaze is moderately configurable. Initially, Backblaze backs up all of the files that it is allowed to upload. Later on, you can exclude certain folders/file types.

In addition, you are allowed to change the backup schedule as well as throttle backup speeds so you don’t clog up all your upload bandwidth. There’s also a bunch of miscellaneous options that you can change – pretty much what you would expect.

Once you set up Backblaze, it’s pretty easy to use. It runs in the background and continuously backs up you computer.

However, some parts of the backup process could be better communicated/easier to use. A prime example of this would be when transferring backup states. When your computer hard drive/SSD fails and you restore your machine from a backup, Backblaze will often make your backups “Safety Frozen”, which basically prevents you from backing up to it. To unfreeze a backup, you’ll either have to start over, or transfer backup states, which is a tedious process of uninstalling Backblaze, reinstalling it, and then option-clicking a few things.

Other than these few times, Backblaze is a breeze to use.

Restoring files is where Backblaze is slightly lacking. Backblaze, unlike some other offsite and onsite backup solutions, lacks the ability to automatically and directly restore files where they came from. Instead, you have to prepare a restore online, wait for the restore to be created, then download a zip file.

After download, you have to manually place the files into the original location. Although this could quickly be fixed with a script you could write, it’s not the best solution out there,

However, Backblaze also allows you the option of having them either ship you a flash drive or an external hard drive with your files on them. While the prices can be pretty expensive, they will refund you if you mail them back the hard/flash drive.

Backblaze is useful in a few different use cases, some you might not expect. Backblaze has a mobile app, which I find using more often than I thought. It’s basically a way for me to access my files on the go, as well as look at old pictures/scripts when I don’t have my computer with me.

This hasn’t turned out to be much of a problem because I usually don’t need to refer to file revisions over 30 days old. The most I’ve really found myself needing to restore from is a few hours before the present.

Finally, there are a bunch of random features, like computer location, that Backblaze offers. It’s nice, but I don’t use them that much.

Backblaze is a pretty secure system. Before sending off your files, Backblaze loads them into memory, encrypts them (fully in memory), and then sends them to Backblaze through an HTTPS connection. Yay for double encryption! Once they reach Backblaze’s end, they are stored encrypted and only decrypted temporarily for restores.

If you’re extra paranoid, you also have the option of using your own private key with Backblaze. This private key is only stored on your end and never on Backblaze’s servers. However, if you lose your private key, you lose the ability to access your files.

Overall, Backblaze is a pretty solid offsite backup system. Pricing, ease of use, and security are some of Backblaze’s strong points. However, restoring files could be better, and it would be nice to store file revisions for a longer period of time.

I use Backblaze over other offsite backup services (i.e. CrashPlan) mainly because of the pricing. Backblaze is a full dollar cheaper per month than CrashPlan, and even cheaper over longer timeframes.

If you’re on the fence between two different backup services, your decisions depend on what you value in a backup service. I would rate Backblaze on a scale, but you guys would have nothing to compare it to. If I ever write another backup service review, I’ll update this article with a rating.

I think I’ve said everything I’ve found out so far, but if I’ve missed anything, let me know in the comments.

8 thoughts on “Backblaze – A Review”