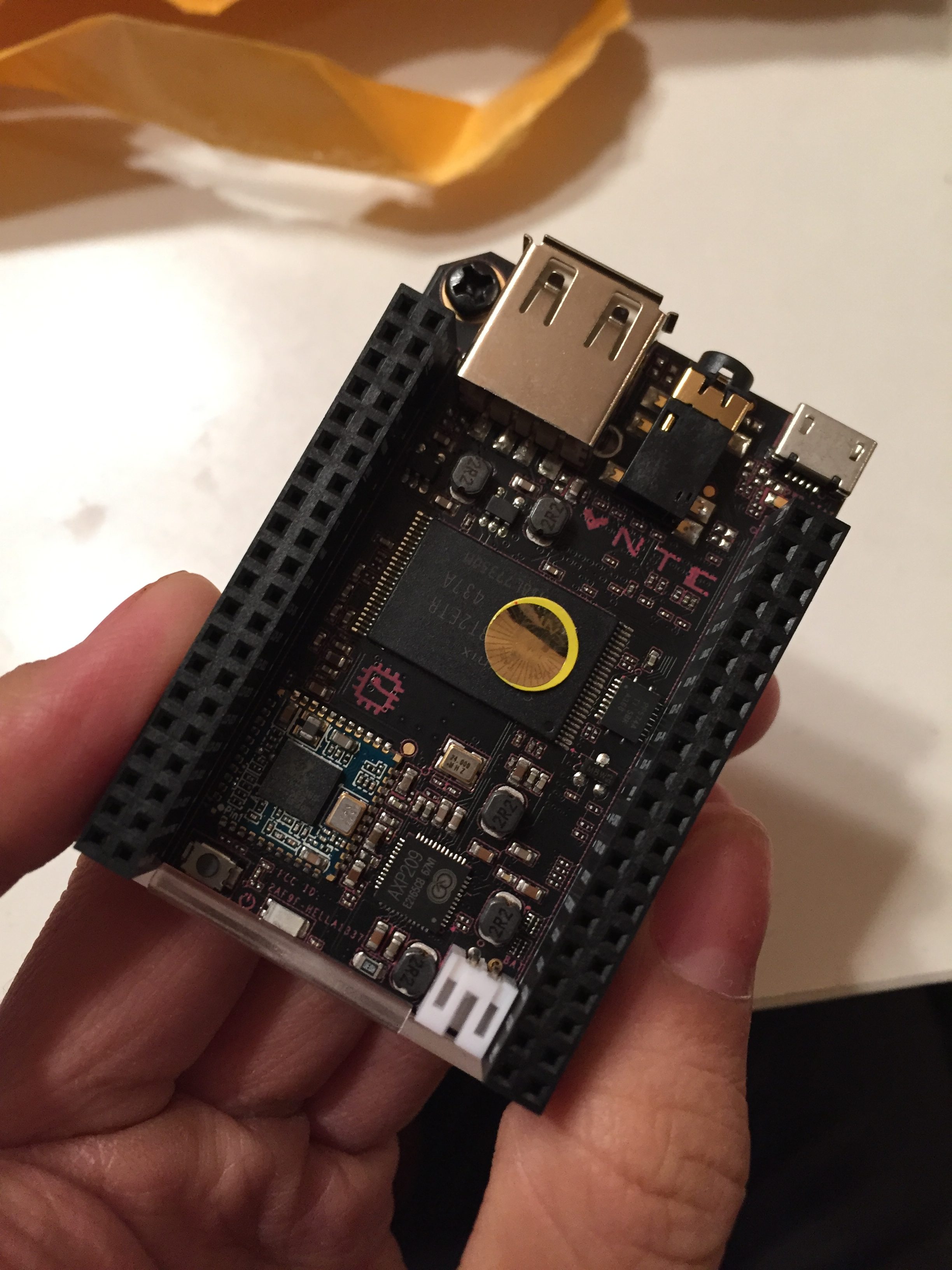 I should start with some information about how I got C.H.I.P. As many of you may know, C.H.I.P. was a Kickstarter campaign that happened over a year ago (wow!). As expected, it was from some no-name company in California called Next Thing Co. It’s really too bad that their website is just a store for C.H.I.P. and their other C.H.I.P.-centric products. I had never backed a Kickstarter before, but C.H.I.P. was only $9 and promised more than more SBCs that I had seen that weren’t Chinese ripoffs of the Raspberry Pi. It promised

All of these features pushed me over the fence when I was “deciding” to buy C.H.I.P. or not. At the time, it was almost a no-brainer. I just want to give a shoutout to NTC for their excellent communication throughout the process of manufacturing C.H.I.P. and getting it us backers. Even though some people found it annoying that their C.H.I.P.s were shipping so late, it was in fact exactly according to their schedule in the beginning of the Kickstarter, even though they waited until almost the last day in the month to ship the boards to us.

The physical process of getting C.H.I.P. was fine, and it booted fine the first time, without any of the overheating problems that reportedly plagued a few of the early adopters of C.H.I.P. in December. The initial documentation was good, but a bit lacking in more advanced portions. I managed to get a VM up and flash C.H.I.P. with the barebones Debian distribution and install the first version of mooey5775.cf on it. However, I soon began having problems with C.H.I.P.

Initially, everything worked fine. When I went to edit my articles for mooey5775.cf, the editor was a bit slow, but workable. Eventually, I began having some instability problems with C.H.I.P. When I uploaded large files to WordPress, the connection would suddenly drop and C.H.I.P. would brown out and immediately shut down. I hypothesized that this was because of the power management chip’s power cap, but the software on C.H.I.P. to disable this cap conveniently did not work on the Debian distribution that I had installed. However, this was not the only problem. The WordPress customizer eventually refused to accept my edits to the daily tagline, and pretty soon, C.H.I.P. simply refused to boot. Welp.

I did everything the forums told me to do, including reflashing C.H.I.P., boot repair, and simply waiting for a few minutes. However, C.H.I.P. ran for one boot cycle and died again. Uh oh.

To this day, I still don’t know if the instability was because of bad blocks in the NAND flash or because of incompatibility errors. However, I know enough to give you this conclusion:

In conclusion, C.H.I.P. is a fun product to play with, but I would recommend it in smaller projects that are only used when you need them. C.H.I.P. doesn’t really shine when you want it to be an always on computer that maintains its stability through uptimes of months. Or maybe my experiences were just abnormal. Let me know if you have any other experiences with C.H.I.P.